Changes in Corporate Culture in the Past Decade 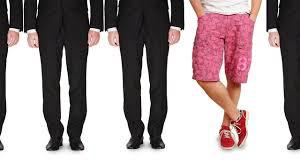 Office dynamics have changed dramatically these past few decades. The advancements in technology and the introduction of multiple forms of communications such has Skype, cellphones and instant messaging have had a had a major impact on corporate culture and management.

The constant access to technology and the ability to remain “plugged in” 24/7 has brought organizations and their employees closer. It is easier for people to check with one another in relation to projects, and communicate with their counterparts around the world in real time. These developments have also become useful in aiding employees to speak out against injustices and unfair treatment in the work place. One example is the support shown to whistle blowers. A few decades ago people did not have the means to speak out and expose their managers or organizations, but now, with only the touch of a button, anyone is able to stand up and be heard by the media and online communities worldwide.

As companies continue to expand worldwide, outsourcing has become an easier way for business to grow more and spend less. It is reported that employers who use manufacturing or production services across the world can save anywhere been 30-70 percent in salary and expenses. These changes  have also influenced the way tasks and projects are divided among departments. It can hinder work culture and contribute to a disconnect among employees.

Another big change with organizations is the desertion of the traditional 9- 5 work hours. Employees are now able to work from home and accomplish almost anything they would as if they were in the office. These adjustments are beneficial not only for companies who save millions on expenses such as rent and utilities, but also for employees who enjoy the comfort o their own home and family.

The adaptation of new technology services and the rapid globalization has influenced cooperate culture and how employees interact with one another. It will be interesting to see where corporate culture will be in the next ten years, especially considering the incredible changes that have occurred this past decade.