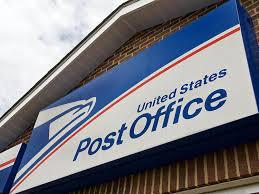 It has been a long and winding road for the US Postal Service to inaugurate their first female leader. However, USPS announced Friday, November 14th their fist female Postmaster General and Executive Leadership Team, Megan Brennan. Mrs. Brennan has began her career with the postal service in 1986 as a carrier, and has since held multiple positions within the organization. Her most recent role was responsible for the daily actions of over 491,000 US Postal employees as well as overseeing and managing close to 31,000 facilities. Megan Brennan will began her new role in early 2015.

Despite the great news of appointing its first female leader, UPS has been experiencing difficult financial times the past year. Even though they raised close to $ 570 million in revenues for 2014, the organization announced a net loss of of over five billion dollars for this past fiscal year. This is the eighth year in a row that UPS is experiencing financial losses, which brings forth a core need to examine and adjust their current business model and operational practices.

UPS’ financial losses are due to the ever increasing internet contribution to the ground mailing sphere, which in turn has decreased first class mail-  the biggest source of income for the postal service. Although package deliveries from online purchases have neutralized these losses, they are still not enough to dig this institution out of the red.

In November 2014, UPS also announced that the personal information of over 800,000 employees’ was breached and compromised by what is believed to have been hackers of the Chinese Government. The current postmaster general, Patrick Donahoe, will hand over an organization that has been experiences a decline in services, an overall lack of resources as well as budget cuts from Congress. The president of the American Postal Workers Union, Mark Dimondstein, believes in order to become successful again, the US Postal Service needs to change Donahoe’s policies of cutting down employee hours, lowering working standards and outsourcing work.

The negative news surrounding the postal service pose a difficult start for Megan Brennan. Regardless of these difficulties, Brennan believes that the introduction of efficient technology and the ability to successfully operate under budget cuts, means that the future of UPS can once again be successful.